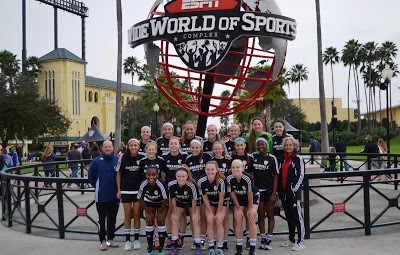 The Annandale Blog has a great write up about Jeb Stuart and Annandale United girls soccer player, Anna Heilferty’s, running for National goal of the year:

JEB Stuart student Anna Heilferty is a finalist for “Goal of the Year,” a competition sponsored by the U.S. Youth Soccer organization.

Beverina submitted a video of the goal [embedded above] to US Youth Soccer, and Heilferty’s goal made it to the top five. Whoever gets the most votes from the public will be the winner. Vote here. Voting closes Jan. 11, 1 p.m., and the winner will be announced Jan. 15.

“Annandale United FC is one of the best girls club soccer team to every come out of our area,” says Beverina, whose daughter Chloe is Heilferty’s best friend and one of three Stuart students on the team.

Most of girls will play college soccer and five have already committed as juniors in high school. Heilferty, 16, a center midfielder, has already committed to play for Boston University. Both Anna and Chloe are all-state in soccer. Beverina says, and the Stuart girls’ soccer team “is becoming a major source of pride for the school.”